"My gallery was tiny, barely open, it became famous, it was a climate, a place of attempts, provocations, meetings, successes.
One day, during the Tsingos exhibition in October 1956, I saw a sporty young man enter, with a beautiful, straightforward smile and big black eyes that looked straight into your eyes.

"I am Yves Klein," he said. I come from Claude Rivière, I brought you a painting.
He held in his hand a small orange table, all smooth, like a piece of wall.
- It's not a painting!
- Yes, it is a monochrome proposition. I leave it for a few days, tell me what you think.

That's how it all started.
Yves Klein, from that moment, did not stop harassing me to train in his universe.

I ended up going to his studio, it was his judo workshop boulevard de Clichy. His paintings were hung on the walls. I thought: he painted judo belts. The paintings, monochrome, were black, yellow, green, white, etc. In this piece, we felt that inspiration came from unity, simplicity, mastery of judo.

Yves Klein obviously had an extraordinary focus on himself and a powerful magnetism. He was devoured by one ambition, the dazzling desire to transmit his message: the absolute. (...)

All the most striking demonstrations were the fruit of our complicity, joined by Jean Tinguely and Norbert Kricke, the German sculptor with whom Yves Klein designed the opera Gelsenkirchen, his masterpiece. Yves Klein had a certain charisma. Despite the absurd appearance of his approach, he found fierce supporters: Claude Pascal, Arman, Bernadette Allain, Robert Godet, Raymond Nains, Pierre Henry, Soto, Werner Ruhnau, many others and radiant Rotraut who was, by the subsequently, become his wife. He projected faith, the certainty he had in himself. We also needed the presence of an art critic to endorse his work. Yves set his sights on Pierre Restany who seduced him by his juxtaposition, his literary skill and his unbridled imagination that went well with his.

If Klein 's work is now recognized, admired, almost deified, if it still inspires newcomers in art, it was not so when I exhibited in Paris and around the world. I had to suffer the jeers, to face the slanders of the artistic intelligentsia of the time. (...)

In his astral theme that I had made to know, to guide us, Yves had all the characteristics of an inhabited being. It burned, and if it burned with a fire so intense, if it was animated by such a frenzy, such impatience to impose itself, such a desire to be recognized in the immediate, Was it not also by a kind of prescience of his premature end?

During his life so short Yves Klein has gone through the complete cycle of unique achievements, he has achieved universality. " 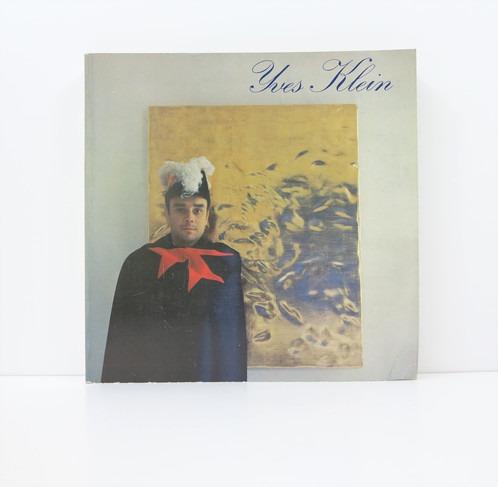