"Our conception of painting, pierced by the blows of the avant-gardists, mocked by the" ready-made ", drained by the monochrome, does not cease, of course, to reconstitute itself. since the very first avant-gardes, that we know that art and anti-art, painting and painting are united, that the human mind, drifting into the unknown, retracts like a mollusk to the less threat. Hence these breaks which can only be unique in their form and constantly reiterated, producing a gap that will be immediately filled. Klein has made dozens of identical monochromes. But it could have left at least as much as paintings have been imagined, materialized, dreamed or erased since the origins of art. Malevich painted a white monochrome, Reinhardt stubborn in black monochrome, Manzoni invented the achrome while Klein identified with the blue monochrome. In such an infinite way as the register of colors, each painter can, by the choice of only one of them, accomplish the gesture which hides it from the determinisms of history.

For the meaning of this gesture is entirely in its fulfillment. The work is worth for the wrenching it signifies to an established thought, it is worth as an act. Klein said "My paintings are the ashes of my art," and Restany remarks that the artist will manifest less and less through objects, more and more events that, as will happen soon "happenings", exist only in the process of their unfolding. "At the show witness replaces the show action."

This act, in its nakedness, will have some theoretical consequences. In the course of the 70s, steps will appear, roughly grouped in the category of Conceptual Art, and which, neglecting to make "objets d'art", will manifest itself through actions or even speeches the most often ephemeral."
Catherine Millet, Yves Klein, Paris, Art Press-Flammarion, 1983 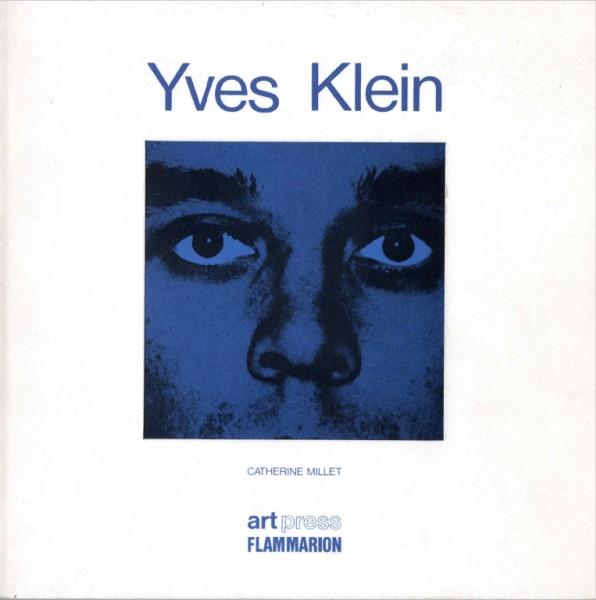