Yves Klein did not see it as his task to make pictures that would tell a story, to be consumed via the eyes and the imagination of the viewer. Rather, he regarded himself as the creator of a new kind of picture that was intended to convey a transcendental message, solely through its emanation, in an intensive interaction with the viewer. "Paintings create atmospheres, climates that can be sensed, phenomenal states and particular natures, perceptible but not tangible. "

During his intense but all too brief artistic career, Klein was always in search of new media and techniques to use in creating the specific spiritual aura that he wanted to confer on his works. After starting off with a variety of monochrome colors, in 1956 he confined himself to a single, intense ultramarine blue. Later, in 1959-60, he extended his palette to include gold and pink, together with the elemental energies of water and fire. In his early MONOCHROME PROPOSITIONS he had already used a range of reds, all the way from purple by way of carmine and rasp-berry to brilliant pink and paler shades of rose.

Early on, Klein was already using pink, as well as ultra-marine, for its emblematic quality. From Ireland, in 1950, he and Claude Pascal sent their friend Arman a small monochrome pink painting, signed by Yves and entitled by Claude: "This year's color will be Massacre Pink."

In search of media for his idea that art must convey the Absolute—the cosmic, all-embracing context—through color, Klein first came upon the three primary colors: blue, yellow, and red. And so, as early as 1954, in his film scenario on the battle between line and color, he planned extended sequences that would confront the viewer with pure color in a continual transition from white via yellow to red and ultramarine. His initial reference was to the three primaries, which other artists before him had used as aids to pictorial creation in order to present such all-embracing philosophical themes as harmony or cosmic order. Klein, however, who had discovered his color triad in the heart of a living flame, modified blue, yellow, and red into ultramarine, gold, and pink. Early in 1961, the close symbiosis between the element of fire and the three colors became the central theme of the exhibition.

"Monochrome and Feuer," at the Museum Haus Lange, Krefeld. In front of the museum, Klein presented FIRE FOUNTAINS and a WALL OF FIRE, and inside he embodied his three-color concept in a variety of paintings, SPONGE SCULPTURES, and SPONGE RELIEFS.

Through this concentration on three specific colors, the artist gave a specific slant to their quality as signs, which he deliberately based on the religious context of a color symbolism of the Trinity. Klein's color triad of blue, gold, and pink very clearly reveals the tense coexistence be-tween a quasi-Minimalist, modernist artistic concept and a simultaneous reference to an art instinct with religious messages. This emerges with great clarity in a votive object for St. Rita, which Klein offered up to his revered patron saint in a convent at Cascia, Italy, before embarking on preparations for the 1961 Krefeld exhibition. This ex-voto consists of a sterile-looking Plexiglas box containing, in separate compartments, gold leaf, blue and red powdered pigments, and small gold bars acquired with the proceeds of the sale of the ZONES OF PAINTERLY IMMATERIAL SENSIBILITY, together with a kind of prayer text. Here Klein deliberately adopted the form and function of a Christian votive offering. At the same time, the box was emblematic of the already elaborate theoretical super-structure of his art.

In medieval art, a warm blood-red symbolizes Love and Christ; in Klein's hands, this becomes a radiant pink, so intense in its artificiality as to appear provocative. Whereas IKB draws the viewer's eye onward into depth, Klein's strong, saturated MONOPINK, neither warm nor cold in its intensity, has the property of radiating outward into ambient space.

A contemporary account of the Krefeld exhibition graphically describes the ambivalent and highly disturbing effect of Klein's MONOPINKS on the viewer: "Normally, red is a sensual, a passionate color. This is neither. A carmine red with an intensified radiant power, such as is found in fluorescent colors. It has something of neon light in it: cool, impersonal, with a spatial quality that remains undefined. If blue is the color of air and water, here red is the color of fire. But it is a fire that has lost its sensual element, its heat. " 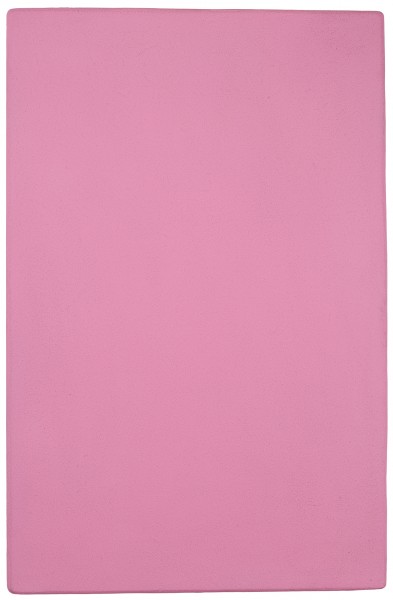 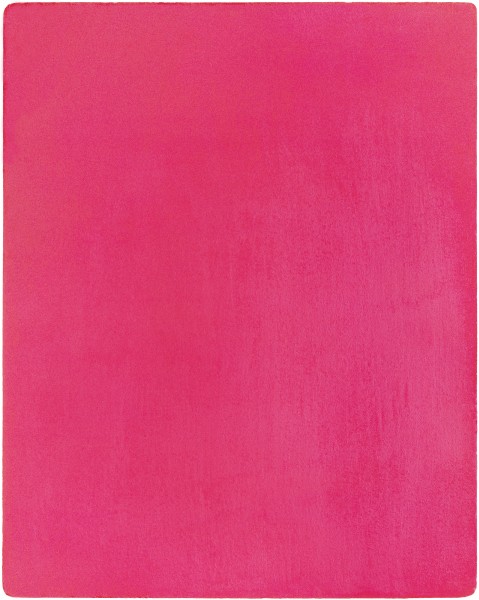