"The Folding Screens – The folding screens make it possible to be enveloped by the blue. In effect, they can be arranged in a semi-circle, in such a way that the reader [lecteur] of the work is placed at the focal point of its radius.

Pure Pigments – Pure pigment, exhibited on the ground, became painting itself rather than a hung picture; the fixative medium being the most immaterial possible, that is to say, it is a force of attraction that directed only toward itself . It did not alter the pigment grains, as inevitably does oil, glue, or even my own special fixative. The only trouble with this: one naturally stands upright and gazes toward the horizon.

Bengali Fires – One-minute painting of blue fire – Mounted on a studio easel, a blue-painted wooden panel upon which were attached a number of combustible tubes of blue Bengali fires, which left in the “readers” the sensation of an enhanced visual memory after the painting had consumed itself. (The realization of blue fireworks is always extremely delicate and difficult to execute at night.)

Tapestry – Curious effect of this tapestry in relation to distance. It is the distance from the eye to the exposed surface that generates this effect. At a distance of one meter the tapestry (measuring 2 by 1.5 meters) is simply a very rich fabric; at three meters, it becomes a tapestry; at eight meters it becomes, in every pictorial aspect, a painting.

Tactile sculptures – These were not exhibited. I don’t really know why any more. These were boxes, each pierced with two holes fitted with sleeves. The idea was to be able to put one’s hands inside the box up to one’s elbows and to touch and examine the sculpture in the interior of the box without being able to see it. I now believe that I declined to exhibit these boxes because I very quickly had attained such an extreme perfection in these tactile sculptures that I believed it wise to hold them back for a little while. This extreme perfection was quite simply to have installed living sculptures in these boxes, living sculptures such as beautiful and evidently shapely nude models. At the time, this was a bit premature; the police would have been on my back right away. Today, on the other hand, it is not to say that I may not present these hyper-sensitive sculptures to the public very soon.

Sponge sculptures – It was also on this occasion that I discovered sponges. While working on my paintings in my studio, I sometimes used sponges. Evidently, they very quickly turned blue! One day I perceived the beauty of blue in the sponge; this working tool all of a sudden became a primary medium for me. The sponge has that extraordinary capacity to absorb and become impregnated with whatever fluid, which was naturally very seductive to me. Thanks to the natural and living matter of sponges, I was able to make portraits of the readers of my monochromes, which, after having seen and traveled into the blue of my paintings, returned from them completely impregnated with sensibility, just as the sponges."
Yves Klein, Notes on Certain Works Exhibited at the Colette Allendy Gallery, 1957, Overcoming the problematics of Art -The writings of Yves Klein, Spring Publications, 2007 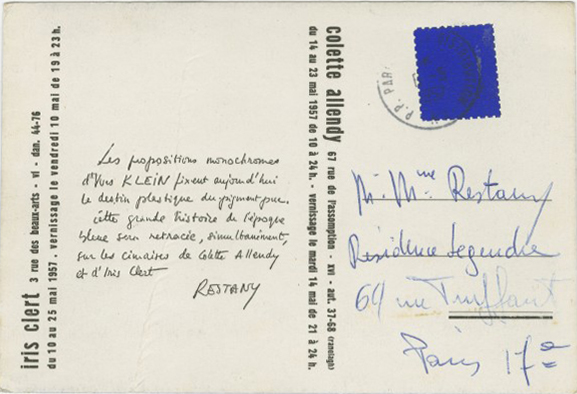 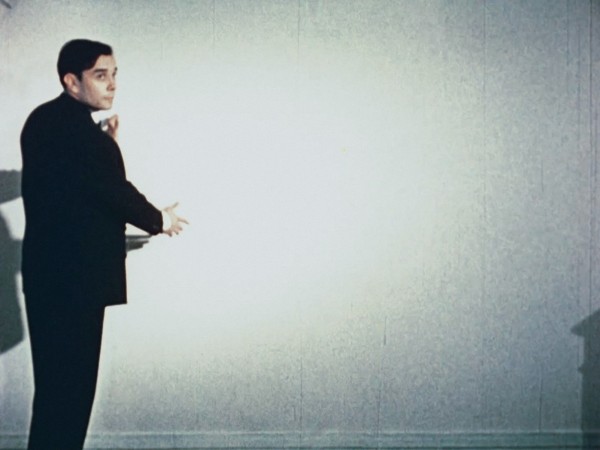 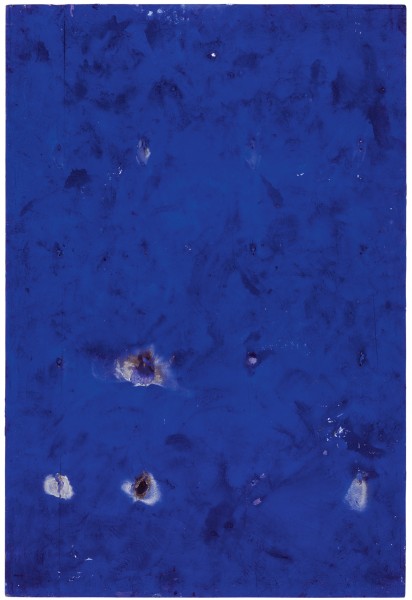 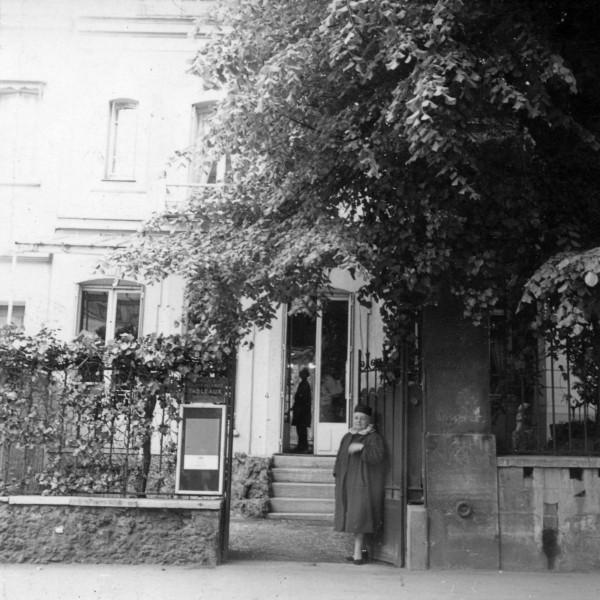 View of the entrance to the exhibition "Yves Klein: Monochrome Proposals" 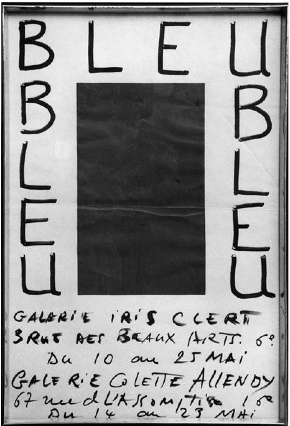 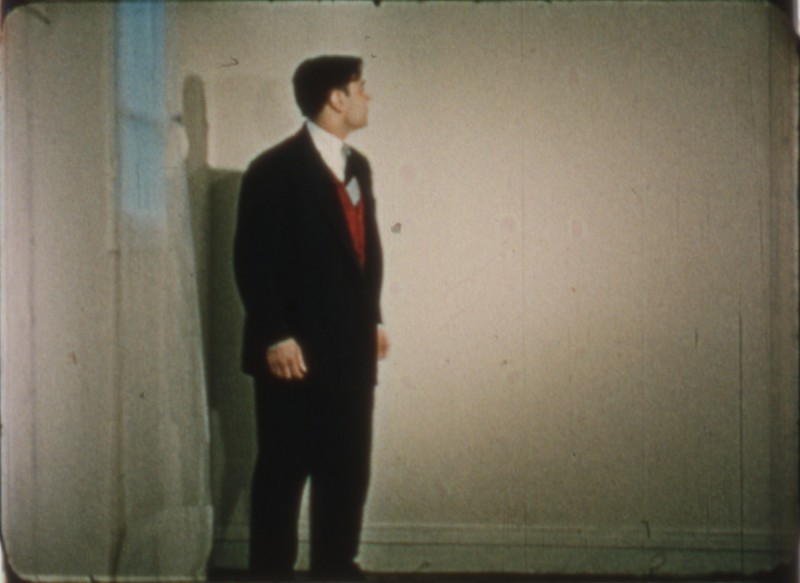