The exhibition present the pairing of Fire Paintings by Yves Klein and Oxidation Paintings by Andy Warhol, two major bodies of work by canonical 20th Century artists and fundamental to the history of abstraction, never before exhibited together.

In the spring of 1961, access to a destructive testing laboratory in France, led Klein to one of his most innovative and, quite literally, explosive, bodies of work, the Fire Paintings. Klein used a blowtorch to “burn” abstracted forms onto receiving paper. Klein’s technique bears striking similarity to the photographic technique of a heliograph, but Klein used flame, rather than light, to create shapes and forms. Intensely haunting and ethereal, the Fire Paintings exemplify what Klein referred to as “dangerous paintings,” that which jeopardized him in the process of his art making.

A decade later, Warhol did his own creative experiments with scientific process, but instead chose urine and metallic paints as the catalysts. For the Oxidations (1977-78), Warhol created brilliant, lavishly textured surfaces of gold and green, fashioning the “physical presence” he desired while satirizing the physical act of painting privileged by his forefathers, the Abstract Expressionists. This series marks an important point of departure for Warhol, being his first foray into abstraction, and disclosing his intrigue with the Abstract Expressionist painters who had dominated the New York art scene in the 1950s, during his early career. 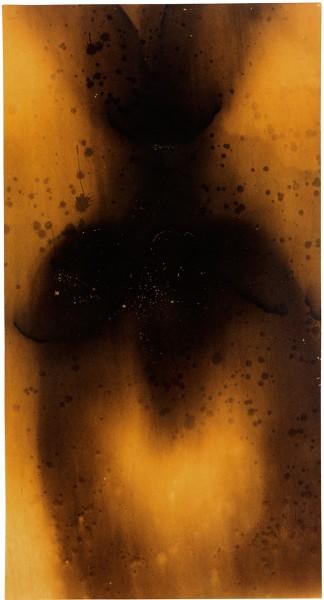 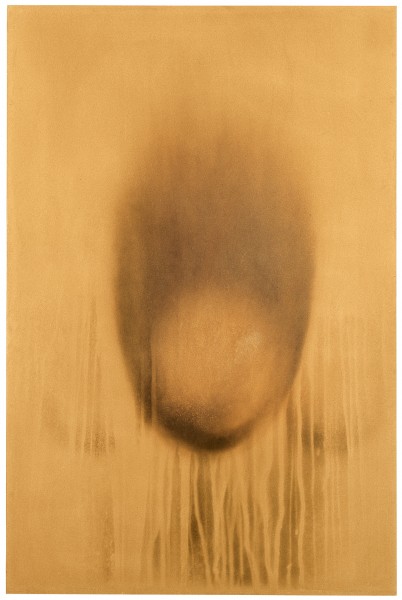 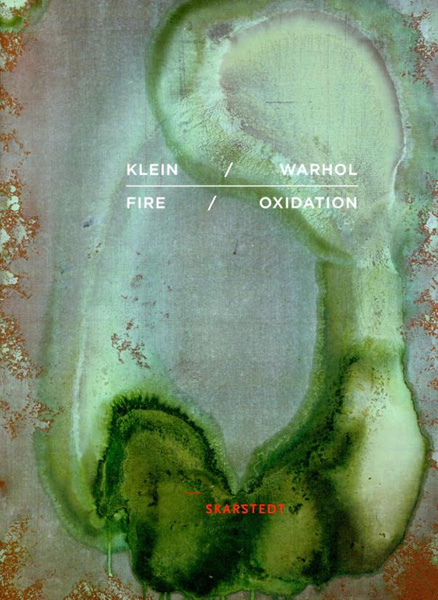