"When Yves Klein met Heinz Mack and Otto Piene at the Schmela Gallery in 1957, these two art and philosophy graduates had just begun to organise a series of group shows, each lasting only an evening (Abendausstellungen), to offset the dearth of galleries for new art.
Marking the birth of collective activities by ZERO – as a centrifugal European movement with no official structure – the seventh of these evening exhibitions,on 24 April 1958, showed work by forty-four painters. Held in Piene’s studio, in a rear courtyard off Gladbacherstraße, it was titled Das rote Bild [The Red Picture].
Not surprisingly, the monochrome took pride of place. Klein’s contribution was a plate painted red, presented alongside works by Mathieu, Klapheck, Mavignier, Uecker and the two organisers themselves. Schmela and Jean-Pierre Wilhelm supported the initiative and lent certain works for the occasion." 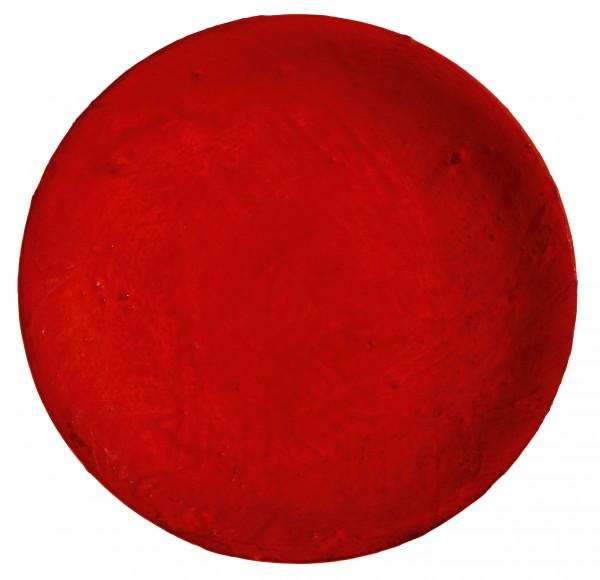